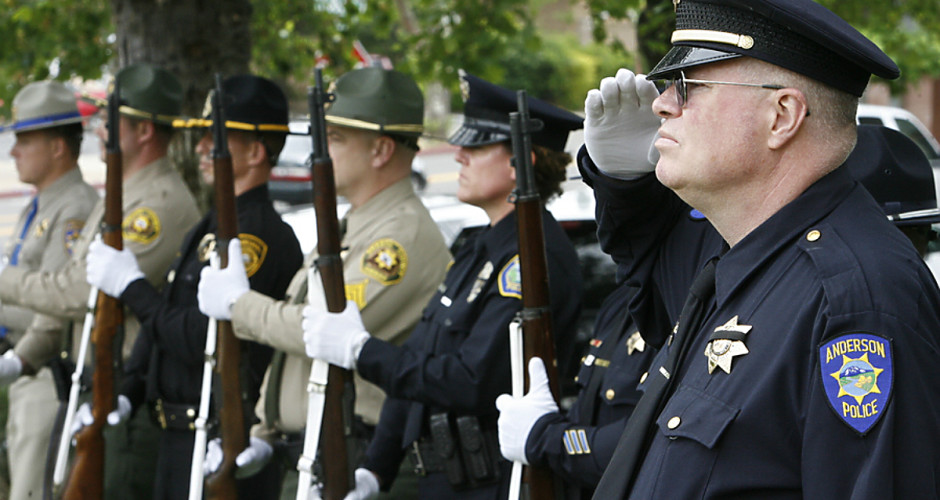 It was a somber scene in front of the Shasta County courthouse as law enforcement agents and many others gathered to honor officers lost in the line of duty. Sixteen officers in the county have died on the job since 1885, when sheriff’s deputy-constable James Greenlee died in the line of duty.

Most recently, in 1991 sheriff’s deputy Kenneth Perrigo perished in a crash after two inmates he was transporting from Burney to Redding attacked him with a weapon, causing the wreck. What followed was the largest manhunt in Shasta County history, leading to the suspects’ arrest more than a week later, said sheriff’s Lt. Eric Magrini.

>> See photos from the ceremony