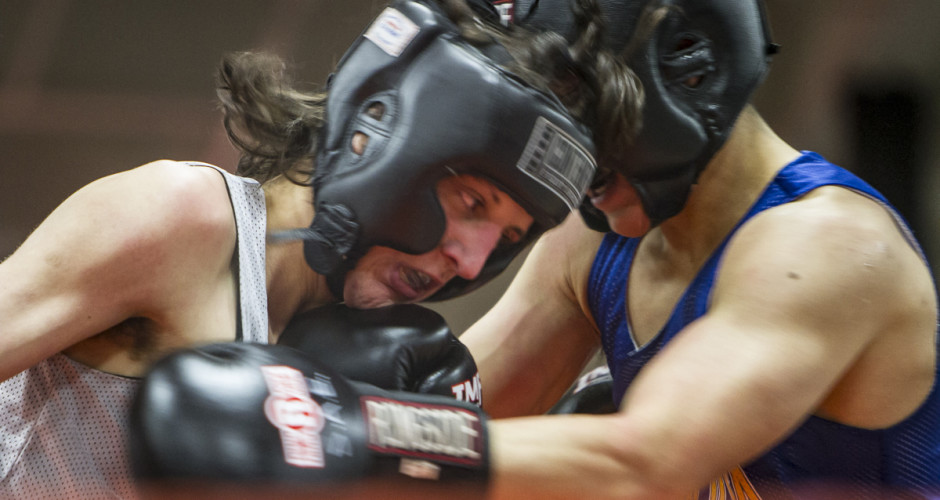 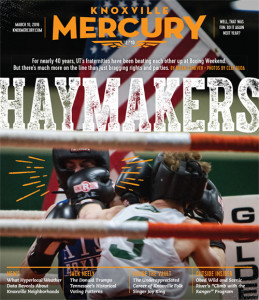 Fraternities at the University of Tennessee have been getting together each year for nearly four decades to beat the crap out of each other in the boxing ring. There’s blood, there’s girls, there’s booze-soaked debauchery (though technically a dry event), and there’s bragging rights for those that emerge victorious from “Boxing Weekend.” Of the 65 contenders, only 13 will earn a weigh-class title and a championship belt. But all the pummeling has a silver lining that tends to shine gold: Proceeds from the three-day free-for-all go towards underwriting operations for the Golden Gloves Boxing Arena, an East Knoxville gym that mainly serves inner-city kids. Brian Canever put it in words. I snapped photos.