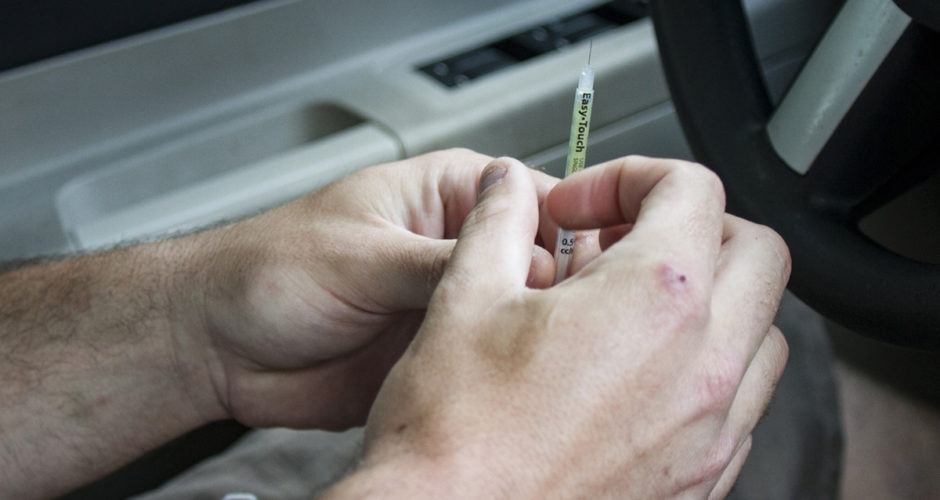 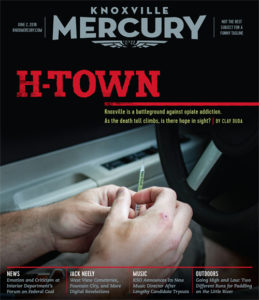 The back seat of James Gilman’s* car is filled with stolen meat, about $150 worth of prime-cut beef, as he whips his silver Chrysler into the side yard of a nondescript house in northwest Knoxville, slams it into park, and jumps out the driver’s side door.

“This is my meat guy. Then I got a guy I sell tools to. I got a guy for everything,” he says, scooping up packs of steak and heading for the front door. He means he knows people that will pay him—in either drugs or cash—for just about anything he brings them, regardless of how he acquires it. He hates thieving, he says, but he just got fired from a gig doing maintenance work, and even when he was pulling a $600 paycheck weekly it was hard to keep pace with the drug habit that’s been running his life. For Gilman, that mostly means shooting heroin, or at times prescription painkillers, though the pills tend to cost more and wear off sooner, he says.

Knoxville Police Chief David Rausch calls it a medical emergency. In recent years, there has been an explosion of opiate use in East Tennessee and across the nation. A majority of people who end up on heroin start by using opiate‐based prescription pills, and nationally Tennessee has been among the top states for the number of opiates prescribed. Here in Knox County, a larger percentage of people died from opiate‐induced overdoses in 2014 than any other metropolitan county in Tennessee.

>> Read the full story: On the Front Lines of Knoxville’s Battle Against Opiate Addiction
>> Backstory: A Day with James Gilman*