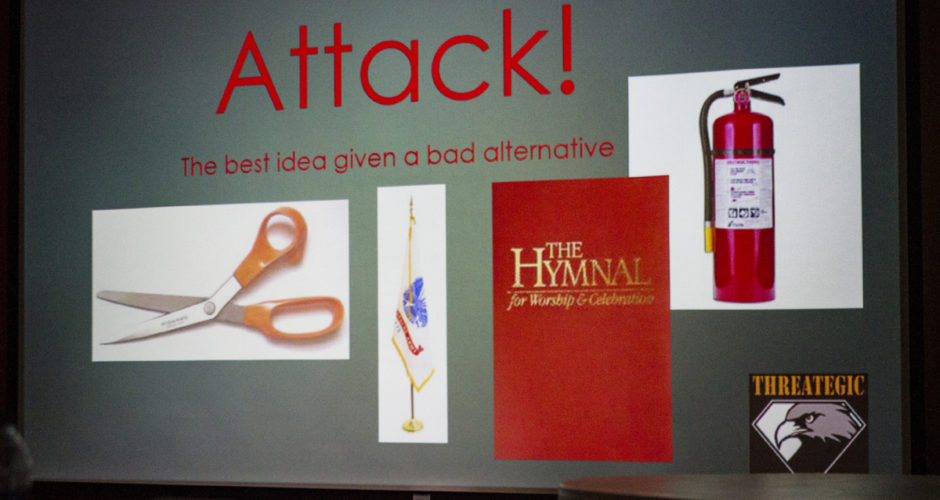 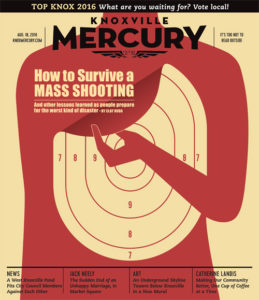 It starts with gunfire—rapid bursts blasted over the loudspeaker. This time it’s just to get people’s attention, but what if those shots fired were real? What if the sound was coming from just outside the classroom, or from down the hall? How would you react? Or better yet, how should you react?

That’s exactly what these dozen people gathered at the Pigeon Forge Community Center have come to learn more about. This is active-shooter survival training, a free hour-and-a-half class led by an off-duty police officer that covers a range of topics in sharp contrast to the seemingly benign surroundings.

Anything could happen, but statistics show that you’re unlikely to be caught in a mass shooting like the one at Columbine High School in 1999 or at the Pulse nightclub in Orlando, Fla., in June. But the number of mass shootings—which, as defined by the FBI, are indiscriminate shootings with four or more victims—in the U.S. has increased in recent years, and 24-hour news coverage has made them seem more common and widespread than they are.